An avoidant personality disorder is a psychological condition characterized by a steady, lifelong pattern that involves some type of severe social inhibition, feelings of inadequacy, and sensitivity to rejection. People with an avoidance disorder may have difficulty performing their usual tasks due to fear of criticism or frustration from others.

A person with an avoidant personality disorder has low self-confidence, a preoccupation with his shortcomings, and only establishes relationships with others if he thinks they will not reject him.

Those with avoidance personality disorder cannot handle loss and rejection well, so they choose to remain alone rather than communicate with others. The percentage of people with an avoidant personality disorder is estimated at 2% of the world’s population, divided between women and men equally.

So far, no specific causes have been discovered for developing an avoidance personality disorder, but genetic factors or environmental factors may play a role in developing this type of disorder.

When does avoidance personality disorder begin to appear?

Avoidant personality disorder usually begins in childhood with shyness, isolation, and avoidance of strangers or new places. Most people who feel shy in their early years tend to get rid of this behavior, but those who develop avoidance personality disorder become shyer when they enter adolescence. And adulthood. 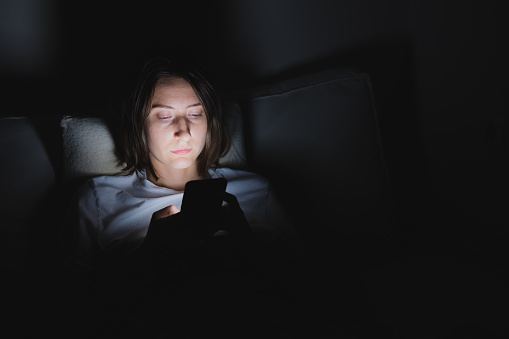 It is by consulting a specialist who determines the appropriate medication and the correct dosage after confirming that a person has an avoidance personality disorder, and treatment is often made up of anti-depressants.

People who suffer from this disorder may have some ability to bond with others, and this can be improved with psychological and behavioral therapy. Without treatment, those who suffer from an avoidance personality disorder may succumb to a life of near or total isolation, and this may cause continuing to develop another mental disorder such as Substance abuse or a mood disorder such as depression, and it is important to get help from a psychiatrist if shyness or fear of rejection overwhelms one’s ability to work through life and form relationships.

Put yourself in social situations gradually, find easy ways you can pull yourself out of your comfort zone, and start small interactions with others. It is best to keep a notebook to jot down your interactions and how you felt at the time, always keep your goals in mind, and be secure in your ability to change.

When you feel anxious or stressed about a situation, examine the thoughts that correspond to that feeling so that you can act. For example, you may be in the habit of telling yourself things like: “Nobody loves me, there’s no need to make friends.” You just have to start to change this thinking and see positive results.

Before starting treatment, see a psychiatrist or psychologist make a full diagnosis of your condition because this type of disorder may occur with other disorders such as depression and borderline personality disorder, and ask your doctor about medication that helps you feel less anxious and fearful when starting psychotherapy.

Thinking addiction is a form of pathological obsession

Ways couples can save money