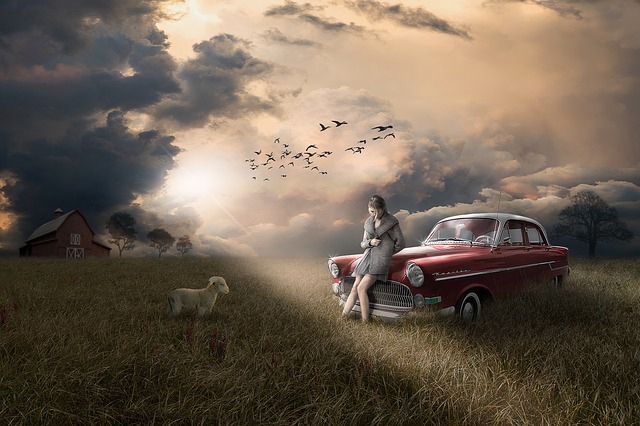 “The fear of abandonment is one of the most common causes of ill-being and the pain of living. Says Daniel Dufour, doctor and animator of personal development courses. At the root of this suffering, which he calls “abandonment,” “there is always a bad situation during the fetal life, early childhood or childhood, which is not necessarily an effective abandonment. “

Here, is an absent father; there, a mother overwhelmed, a couple of merging parents, or the arrival of a last child, a pension, the death of a grandfather to whom we were particularly attached.

Where is it from ?

Abandonment is a perception of the child

Generally, from childhood, from that moment when our mother began to care a little less about us either because she was tired, or had less time. The fear of abandonment then began to germinate unconsciously because we knew that we could not survive without this adult, and this fear is now ready to be reactivated each time our lover shows a little distance …

Those who have experienced the fear of abandonment more strongly than others in childhood often become “abandoned beings”, that is, they are often afraid of being abandoned.

The lack of love can engender in the child an unconscious feeling of guilt. The child will then do everything to attract attention to him by whims or tantrums. Anything that may lead to reprobation by the mother will be interpreted as rejection by the child. Guilt is expressed as “if I have not been loved, it is because I am not worthy to be loved”.

Maternal over-protection is characterized by over-investment of the child. By overprotecting her child, the mother can create a relationship of dependency. The emotional dependence is expressed by the need to be always reassured by the partner. The demand is so constant that it generates in the long run a weariness and therefore a withdrawal of the love and the impulses of emotional demonstration. Here the feeling of abandonment occurs after the fact and is not due to a traumatic separation from the mother.

THE SEPARATED CHILD OF HER MOTHER

The separation of the child with his mother is well established. The well-liked child will build healthy relationships with his emotional surroundings. The badly “beloved” child will destroy them by his irrepressible need to repair a failing self-esteem. He blames others by blaming them for their lack of attention. At the origin of abandonment, there is always a lived abandonment. This episode takes place either in fetal life or during infancy.

Very often the memory of this first episode is no longer conscious in the person suffering from abandonment and qualifies the traumatic episode as “normal” and does not necessarily associate it with a real abandonment. Thus she hastens to forget or deny the initial trauma by minimizing or normalizing it. Very often the person finds that what they feel is disproportionate to the event they are experiencing.

The consequences of this fear and how is it manifested

For those who face this phobia, it is often synonymous with:
The child grows up with the idea that he can be abandoned and to mitigate this risk, he thinks he has to adapt by doing everything to no longer live these situations.

The child will try among other things to meet the needs of those around him by ignoring his own. He will refuse any type of long-term commitment, be it a friendship, a relationship, a job … On the other hand, he will be persuaded to be a good for nothing and that others will be above him because he does not get the attention he needs. He will become addicted to many things such as alcohol, games, sex … Finally, he will be ready to undergo any form of disrespect as long as he is not abandoned. (no IEC, no marriage, no credit over 20 years, no child, …).

What are the solutions to the fear of abandonment and how to get out of this scheme ?

No need to search outside what you miss inside. You are desperately seeking to compensate for the lack of emotional nourishment by trying to draw or extract other bits of affection from others. However, when you find someone who meets your love requirements, you end up exhausting his resources because you always ask for more. Once again frustrated by the spouse’s distance, you blame him. And it’s gone for a ride. Curing abandonment syndrome is complex and must be studied on a case-by-case basis, even if there are generalities of behavior.

“The abandoned” lacks self-confidence and self-esteem. It acts only in a subjective relationship. He will have to learn to look objectively in relationships and give himself love.

How can you heal?

It is very important to say this to ourselves: we have become adults, we are no longer fragile and helpless children, our life is no longer at stake if we are abandoned. Today, 1 / we will survive, 2 / we can act!

Let’s also become more rational! If our partner shows less love, maybe it is simply that he is in a phase of fatigue … He has the RIGHT not to be always at the top!

And of course, we must try to go back to the childhood situations, those that gave birth to this fear (even the most trivial situations) … Identifying them, it helps to say when the diagram is (re) present: “I reminds me of this wound but I am not weak anymore, I do not transpose this old fear because I am now an adult and I can assume myself, I do not depend on the other, my life does not depend on the love of others but of me and of the love I give myself. Normally, already, it’s a little better …

Then if it is not enough you can consult a specialist: a psychologist, a psychotherapist, a psychoanalysis, they can allow a work on you to discover the origin and understand the reasons why you are afraid of being abandoned.

Respect in a relationship, 5 keys to maintaining mutual respect