We all need an answer that is free of direct blame or accusations. We, the victims, or survivors, do not need to be burdened with blame and self-flagellation. You may have noticed the presence of some of those around you in abusive relationships that deplete their psychological, spiritual, and physical energy.

What is the meaning of “victim”?

A victim is anyone who has been hurt, or who experiences violence or distress, and who is still experiencing harm or distress.

What is the meaning of “salvation”?

A survivor is anyone who has experienced harm, violence, or distress – such as war or a natural disaster. Then the causes of falling into harm are over, leaving the survivor to face the consequences of harm and distress – not the harm or distress itself.

The person responsible for the harm is the person “doing” the violence – whether it is verbal, physical, emotional, or sexual.

I will not call him the “abusive” person, because describing him as responsible indicates his actions and bears their consequences, regardless of his identity or appearance outside the destructive relationship.

Now we return to the answer to the question: Why do we continue in relationships that destroy us?

Why do some people continue to have abusive relationships?

There are several reasons behind their continuation in these relationships, including the following: 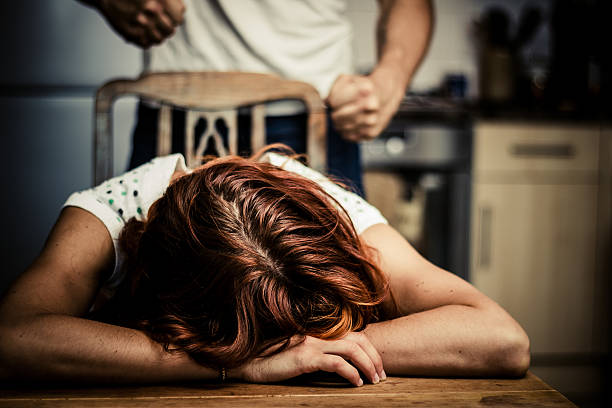 In an abusive relationship, the abusive party hurts the victim

Then he feels guilt and shame, and this prompts him to treat the victim with extra kindness

This makes the victim party enjoy this kindness, which makes him hopeful of changing the offending party

This is one of the biggest reasons that push people to continue in abusive relationships.

In an abusive relationship, the victim is afraid about money, as he has financial worries about the future

Which makes him refrain from leaving abusive relationships

He also feels helpless and helpless, which makes him refrain from trying to reach any solutions to his problems with the offending party

This makes the cycle of suffering continuous because he is submerged to his ears in his fears and financial anxiety.

3- The decreased sense of self-worth in abusive relationships:

In abusive relationships, the victim suffers from a decreased sense of self-worth

He suffers from his feeling of insignificance, so he feels that he does not deserve love from the other side

Therefore, he is afraid of his departure from this relationship, which drains his physical and psychological energy

Because he is afraid of not finding someone else to love

This is one of the very strong reasons that make people not free from these abusive relationships.

4- Feeling of fear and guilt in abusive relationships:

My boss hates me. How do I deal with that?

Relationships: why do some people hide their true self in a relationship?